Jack Brewer was born on January 8, 1979, in Ft. Worth, TX and raised in Grapevine, TX by Rosa and Eddie Brewer. His teenage years were unfortunately faced with racial tension, however Brewer rose above adversity and used that as motivation to start his advocacy for racial inclusion, equality and the rights of the poor. He attended Grapevine High School where he was a top student graduating with a 3.9 GPA, All-State athlete and record setter in football and track. After leading his high school to its first State title in its 90-year history as well as setting State track and field records, Brewer went on as the first person in his family to graduate from college, starting at Southern Methodist University (SMU) where he was a freshman All-American Candidate in football and a Disney World Classic Record Holder in track. 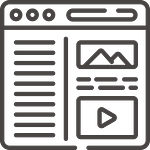 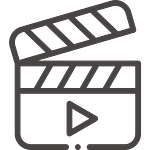 Our deep media relationships have helped place our clients on premier news, radio and online platforms.

For over 20 years, TBG has produced global summits, festivals, sporting events, galas and mission trips all over the globe.

Ambassador Jack Brewer is a regular media personality and contributor who can be found on major news outlets and publications around the world. Mr.Brewer speaks internationally on topics ranging from transitions and problem solving, to racial equality and global economic development. (Speaking Deck Attached)

This website uses cookies to improve your experience while you navigate through the website. Out of these cookies, the cookies that are categorized as necessary are stored on your browser as they are essential for the working of basic functionalities of the website. We also use third-party cookies that help us analyze and understand how you use this website. These cookies will be stored in your browser only with your consent. You also have the option to opt-out of these cookies. But opting out of some of these cookies may have an effect on your browsing experience.
Necessary Always Enabled
Necessary cookies are absolutely essential for the website to function properly. This category only includes cookies that ensures basic functionalities and security features of the website. These cookies do not store any personal information.
Non-necessary
Any cookies that may not be particularly necessary for the website to function and is used specifically to collect user personal data via analytics, ads, other embedded contents are termed as non-necessary cookies. It is mandatory to procure user consent prior to running these cookies on your website.
SAVE & ACCEPT